A Summer for War 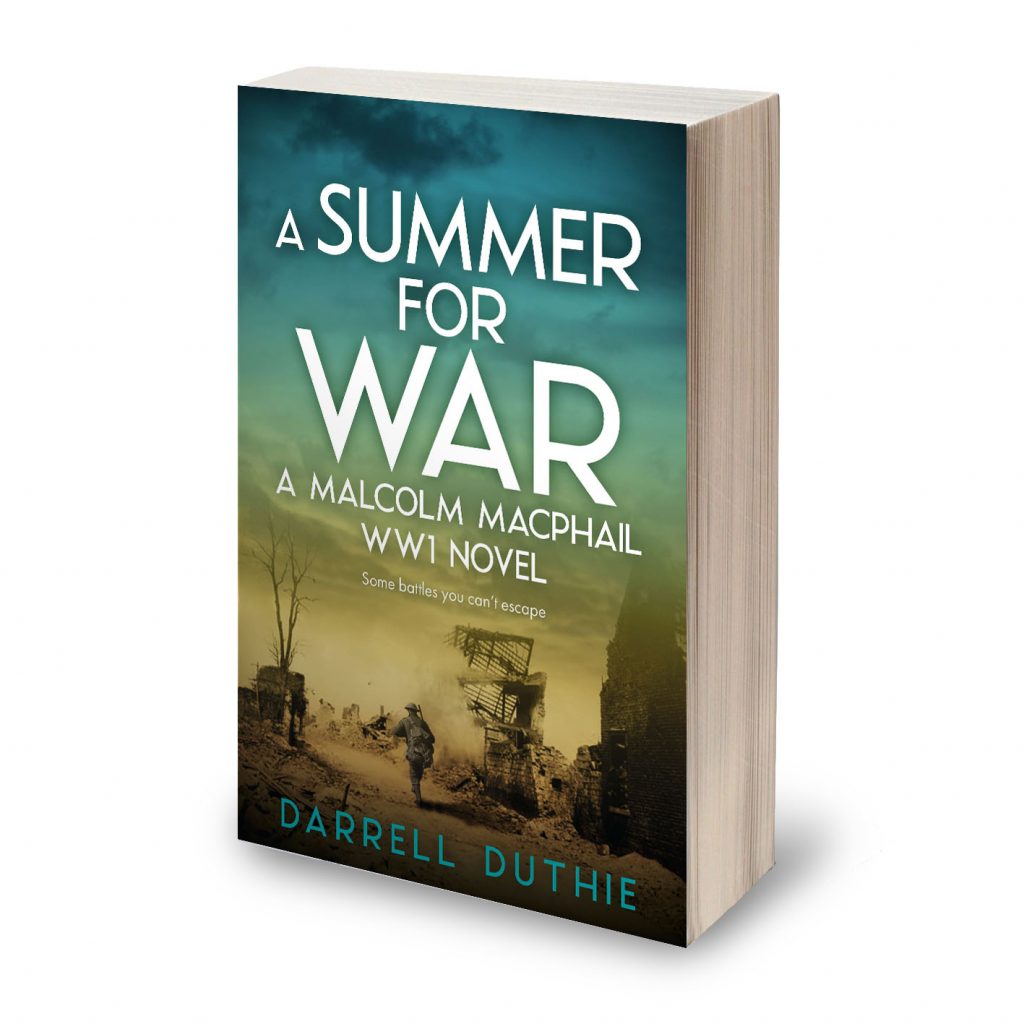 Some battles you can’t escape…

The vaunted Vimy Ridge has been taken. Lieutenant Malcolm MacPhail has settled into his position on the divisional staff. Yet there will be no peace for him and his comrades this summer. Far from being on their last legs the enemy is fighting with fresh tenacity. The campaign near Arras grinds on.

At headquarters, rivals have surfaced amongst the staff, his superiors are impossible to please, and mysterious goings-on behind the lines could explode into scandal. When Malcolm offhandedly alienates a brigadier and his adjutant, the consequences for him and his closest friend are far-reaching.

Meanwhile the field-marshal’s eyes have shifted north. His new offensive requires a diversion and he orders the Canadian Corps to capture the key crossroads of Lens. However a single fortified hill stands in the way. As the threats mount, Malcolm must focus on the coming battle, which could be the key to everything…

A novel of Hill 70 and the Battle of Arras. 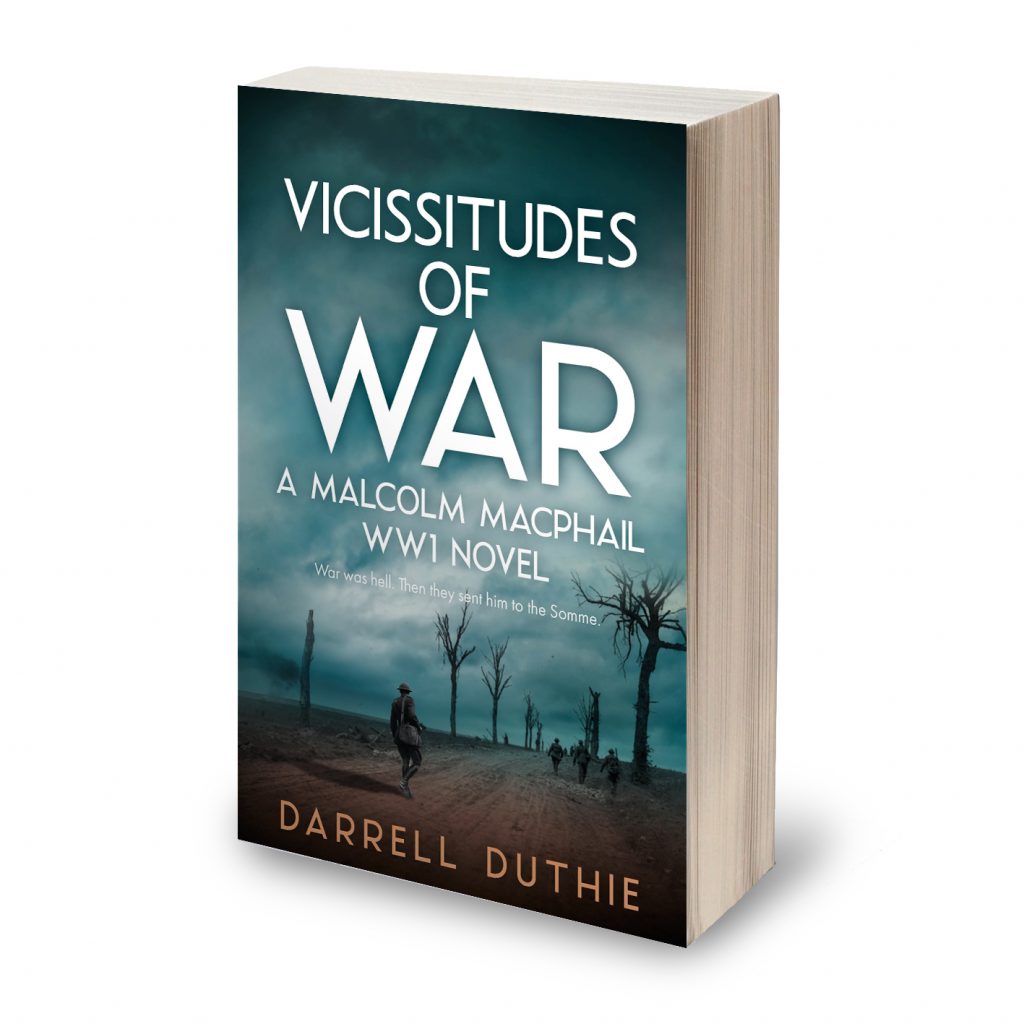 War was hell. Then they sent him to the Somme.

The battle of the Somme is raging.

Newly-promoted lieutenant Malcolm MacPhail arrives in Albert, France feeling himself lucky to have left behind the sodden trenches of the Salient. Until he glimpses the battlefield. The Boche guns are thundering something fierce, the ground for miles around a barren wasteland. If the rumours are true a new offensive is only days away.

Malcolm has yet to prove himself as an officer – and chances are he’ll need to do it in a mad charge across No-Man’s-Land. When an old rival joins the battalion and discovers the secret Malcolm holds, not just life and limb but career and honour are at stake.

The Great War is thundering on, the Allies determined to force the elusive victory, and the Germans unwilling to yield an inch. Malcolm and his countrymen have their orders. But can they succeed where so many others have failed?

A novel of Vimy Ridge and the Somme.

A War for King and Empire 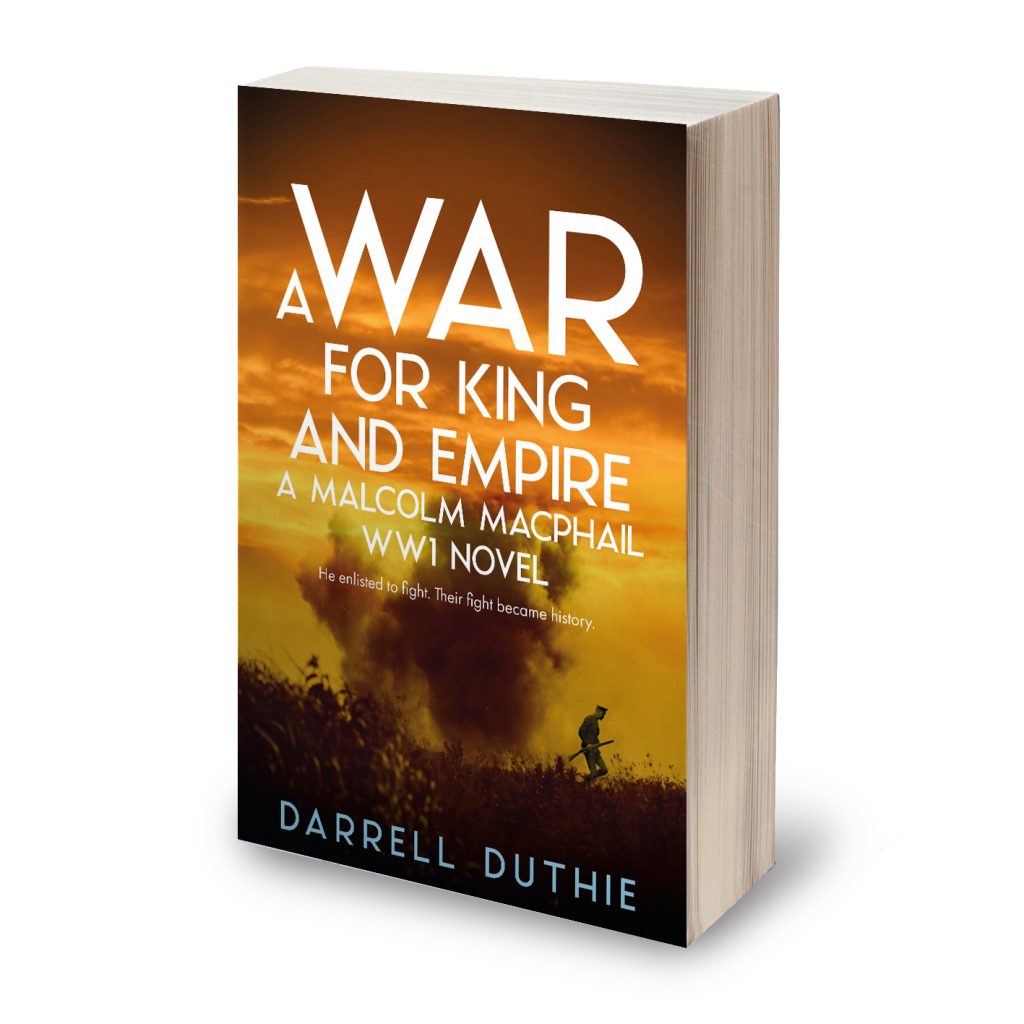 He enlisted to fight. Their fight became history.

The most dangerous place on Earth.

Malcolm MacPhail enlisted in the army to fight the Hun and get out of town – not necessarily in that order. Now he’s arrived in the infamous Ypres Salient. It’s pouring, he’s up to his shins in mud and he’s had his first terrifying acquaintance with the enemy howitzers. The Great War is proving less glorious than he imagined.

If he’s to survive on the deadly front lines of the Western Front Malcolm must become a soldier. However, when a shady acquaintance from home turns up to remind him of his past and looking for trouble, suddenly he faces enemies in front and behind.

Unbeknownst to the Allies the Germans are readying a secret weapon, bent on conquering the Salient. Malcolm and a close-knit band of soldiers are all that stand between them and a devastating victory…

My Hundred Days of War 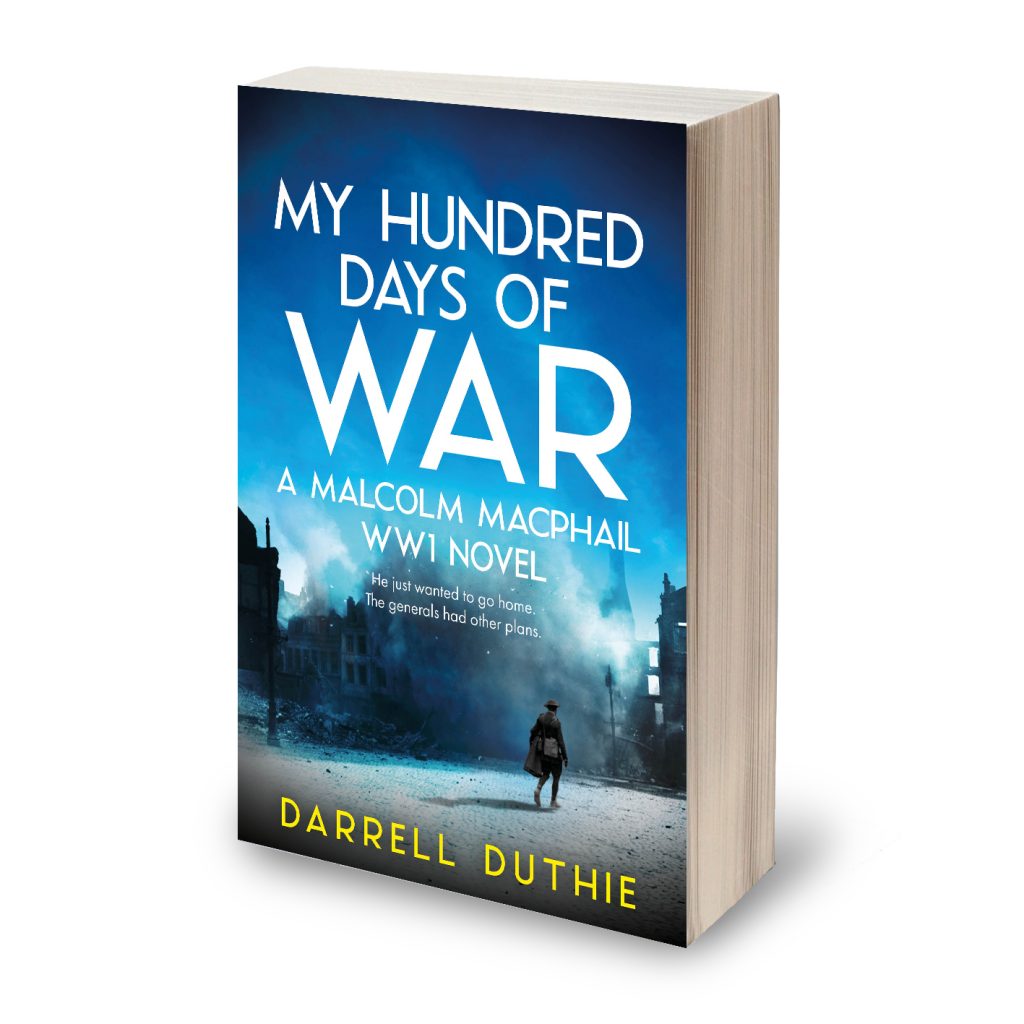 He just wanted to go home. The generals had other plans

Allied armies have driven a massive hole in the German lines. But the enemy is regrouping. Major Malcolm MacPhail of the Canadian Corps is an intelligence officer, a veteran of countless battles and too outspoken for his own good. Now he’s worried. Every Fritz on the Western Front seems headed their way, bent on preventing the breakthrough that might just end the war.

As the attack resumes and friends start to fall, Malcolm fears his own luck may finally be running out. It doesn’t help that he’s somehow stomped on another general’s toes. So when captured German booty goes mysteriously missing, and the nephew of an old nemesis appears with searching questions for him, the dangers at headquarters suddenly rival those of the battlefield.

The Great War is entering a pivotal and deadly new phase. For Malcolm, even victory may not be enough… 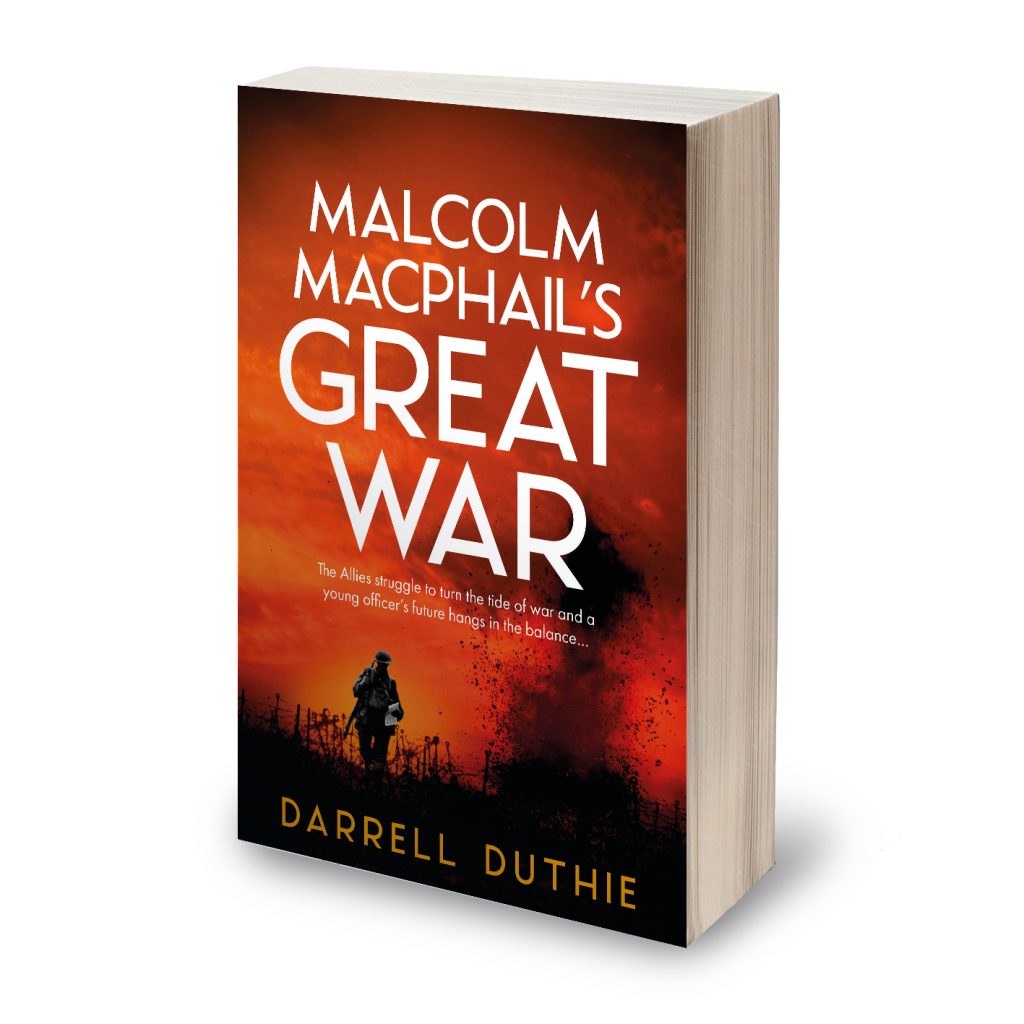 The Western Front is in stalemate.

Captain Malcolm MacPhail of the Canadian Corps has been in the trenches for longer than he cares to remember. He’s just landed a new job on the intelligence staff, but if he thinks staying alive is going to become any easier, he’s sorely mistaken.

The rain is pelting down, the shells are flying and the dreaded battle for Passchendaele looms. Malcolm reckons matters can still get worse. Which proves to be an accurate assessment, especially as his unruly tongue has a habit of making enemies all on its own.

The Allies are fighting desperately to swing the tide of war, and Malcolm’s future hangs in the balance, so keeping his head down is simply not an option…

AVAILABLE in hardcover, trade paperback and e-book editions – and also as an audiobook

Read by audiobook Narrator of the Year 2017, Adam Sims.

“The concept of trench warfare…is a prominent theme in this very readable work of ‘faction’… The friction between HQ politics and the front line resonates throughout this tale. All in all, it is an enjoyable read.” – SOLDIER MAGAZINE (magazine of the British army)