↓ Skip to Main Content
Home › Uncategorized › The Battle of Valenciennes 1918

The Battle of Valenciennes 1918

adminPosted on November 2, 2018 Posted in Uncategorized 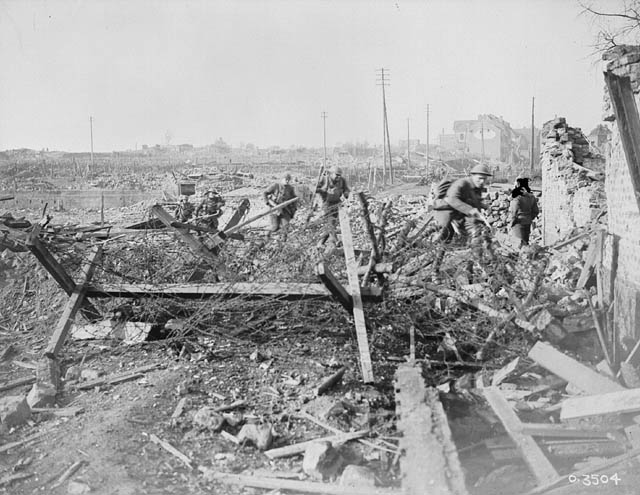 The final two weeks of October 1918 had seen substantial gains by Allied armies along the entire front. Never in the war were the advances so swift, the distances so far. What had been a war of trenches was transformed to a war of movement. On one day alone, east of Cambrai, the Canadian Corps at the spearhead of the advance pushed 11km, liberating 40 villages. But the advance came to a halt near the French city of Valenciennes. There the Germans had driven a stake in the ground, and Valenciennes was a formidable obstacle. They had flooded the Canal de L’Escaut and a vast swath of land to the west and north of the city was inundated. The southern approaches were guarded by the heights of Mont Houy. Three divisions had already mercilessly rebuffed a British attack there. General Currie’s response was to send his forces swinging around the north to encircle the city. The other prong he pointed at Mont Houy. On November 1st at 5.15 a.m., a barrage unprecedented in its firepower fell upon the German defenders, and the infantry surged forward in its wake. By day’s end the German defences were crumbling. By the 2nd of November Valenciennes was liberated. The advance to Mons, and Belgium, lay ahead.