My Hundred Days of War to be published on October 16th

adminPosted on August 8, 2018 Posted in Uncategorized 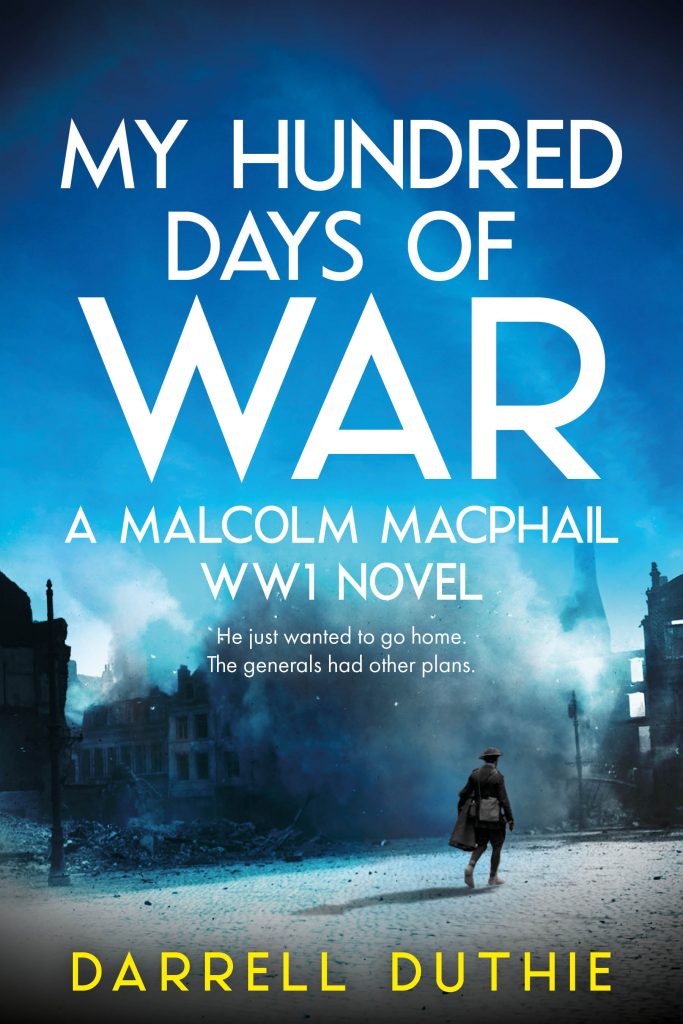 On August 8th, 1918, the most important Allied offensive of the Great War began. A hundred years later, to the day, I am delighted to announce that my new WW1 novel My Hundred Days of War will be released on October 16th. It is a sequel to Malcolm MacPhail’s Great War.

Available in trade paperback and e-book formats as a pre-order at Amazon, Chapters-Indigo, Kobo and many other fine retailers.